Go Fund Me Project to Help Revitalize the Rescue

“It’s been a long, long wet winter and as a result we had to close off over half the rescue, stressful for the dogs and the volunteers who stuck it out despite the awful conditions.

We don’t have any benefactors and roughly take in less than €100 Euros a month in regular donations.  We stick to a strict food formula which cost twenty euros a bag, a lot of huskies have sensitive tummies.  From Christmas we took to the streets in Listowel, Limerick, Tralee, Cork, Galway that helped along with some generous individual donations we raised the vast amount of money needed to put the rescue back together, along with an operation on a cat that cost 1200 Euro.  The operation was carried out in Cork by Gilabbey Vetenary Practice.

​It really did seem like we would never get there and there’s still a lot to do but, we are well on the way to getting things some way right. There’s a lot of people to thank and in due course I’ll get to it but I’d like to thank the hundreds of people who we have recently met around the country who without there donations no matter how small, medium or large made the regeneration possible.  Dry, clean, spacious runs make for happy dogs!”

Thanks again,  Maurice, Volunteers and All the Animals at Sera.
Here are some before and after images of work we have completed – 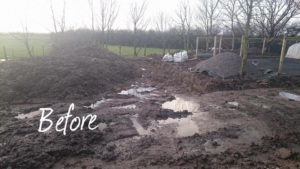 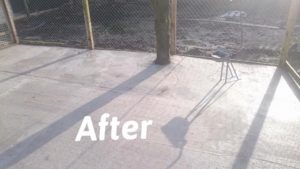 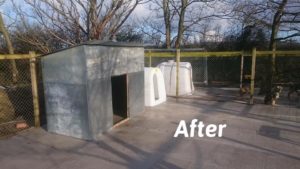 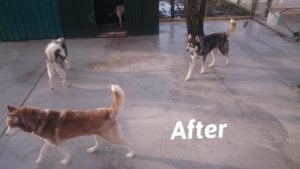 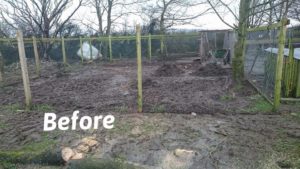 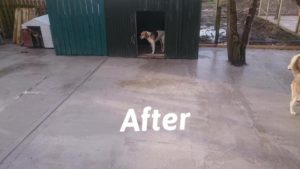 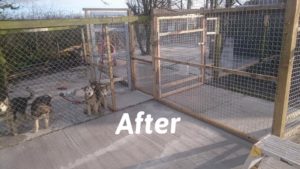 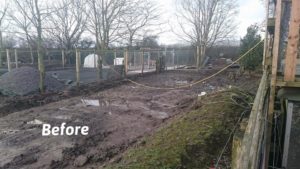 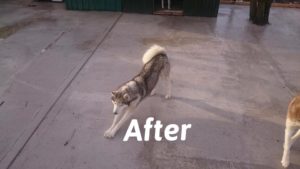